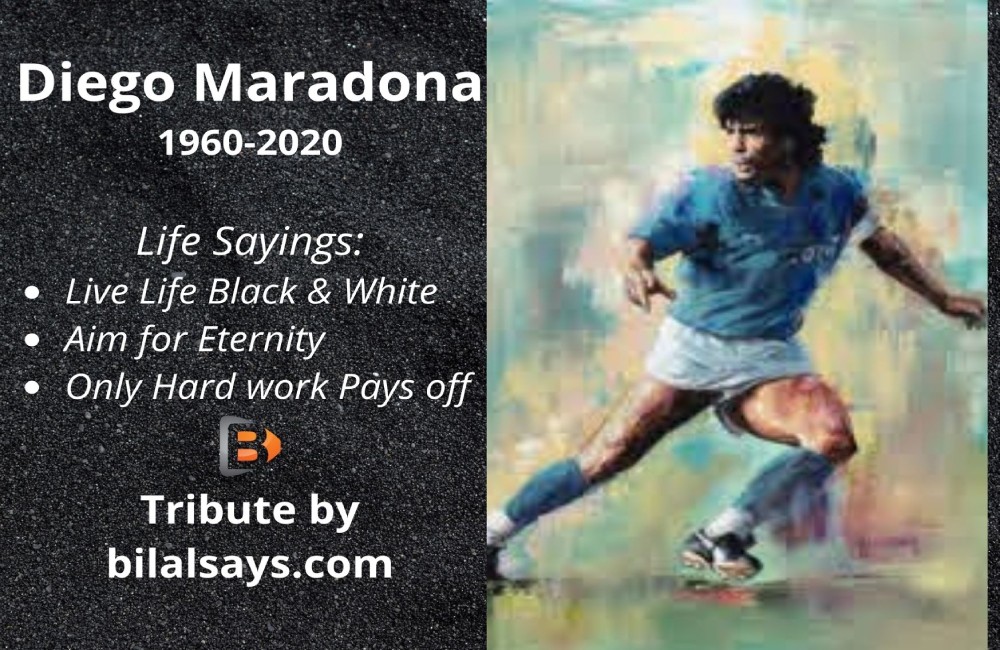 25th November gave sports fraternity an irreplaceable loss; with the news of demise of one of the greatest footballer of all time, Diago Maradona. He was an ex- captain, manager & champion player of Argentina.

He was the architect of Argentine famous world cup win in 1986. He was known as Hand of God due to his magical foul goal against England in world cup quarter final. He was given FIFA player of the 20th century award jointly with Pele. No one can match his passing, ball control and dribbling skill on the field.

Inspite of his controversial life affairs and his cocaine addiction, his enthusiasm towards sports was truly an inspiration for millions. He was a hero of many legends across the globe. He alleviate the standard of the game.

Here is his top 10 rules for glorified success in life:

Contents hide
1 Live life black & white
2 Aim for eternity
3 Only hard work pays off
4 Believe that You are the best
5 Be Patriotic
6 Progress is important, rather than win
7 Love & follow your passion
8 Take risks to achieve your targets
9 Don’t care about negative people
10 Have a big heart & mind

He was a bold lad with no in between. His saying “I’m black or white, I’ll never be grey in my life,” should be the utmost life priority in this hypocritic world. Either you are good or you are bad, never be a dual face personality. He is been hailed as anti imperiliast, left wing socialist, who always supported progressive movements.

“I’m alive and I want to keep living.” Only we can live for eternity by our acts, by our performances and by our impression. Therefore, try to leave your good acts & hence good name to remember.

Only hard work pays off

“When people succeed it’s because of hard work. Luck has nothing to do with success.” There is no myth formula to become successful, rather it is your hard work, sleepless nights and resistance that pays you off.

Believe that You are the best

“My mother thinks I am the best. And I was raised to always believe what my mother tells me” This envisaged self belief gives you an un-breakable confidence. People having strong belief in you should be your priority, as their hope in you creates self believe and confidence in you.

“I’d give my life to be the national team coach.” Because wherever you go, you only known by your origin. Stick to your soil, stick to your people. Always try to be their pride.

Progress is important, rather than win

“When you win, you don’t get carried away. But if you go step by step, with confidence, you can go far.” Always try to prefer progressive mind set, not necessarily only wining mind set, as this slow progression can lead you to the farthest of successful heights.

“To see the ball, to run after it, makes me the happiest man in the world.” Love what you passion for, what you dreamt for. You will find true happiness whenever you pursue your passion.

Take risks to achieve your targets

“You can say a lot of things about me, but you can never say I don’t take risks.” Take risks if you want to achieve big. Step out of your comfort zone and test your potentials.

“All the people that criticised me should eat their words.” Only took advice from sincerest people around and ignore bullies around you. As those negative opinions are only here to create hindrance. Keep head straight & move on!

Have a big heart & mind

“I am Maradona, who makes goals, who makes mistakes. I can take it all, I have shoulders big enough to fight with everybody.”
Have a big heart and mind, if you aim to achieve big. Because only people with strong shoulders can bear expectations pressure. 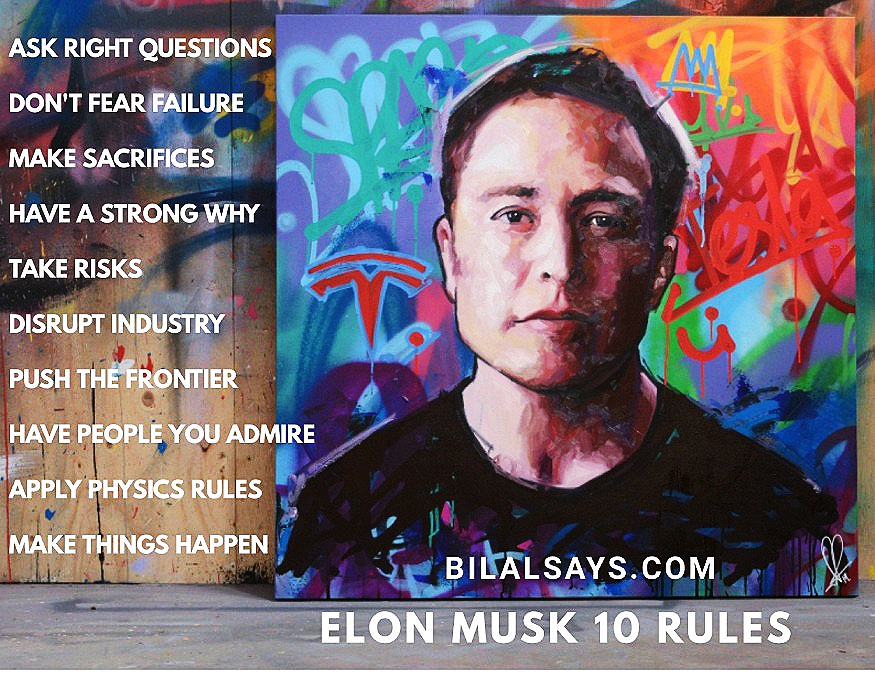 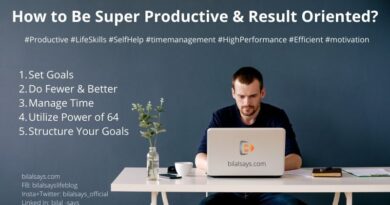 5 Tips to Be Highly Productive & Efficient at Work 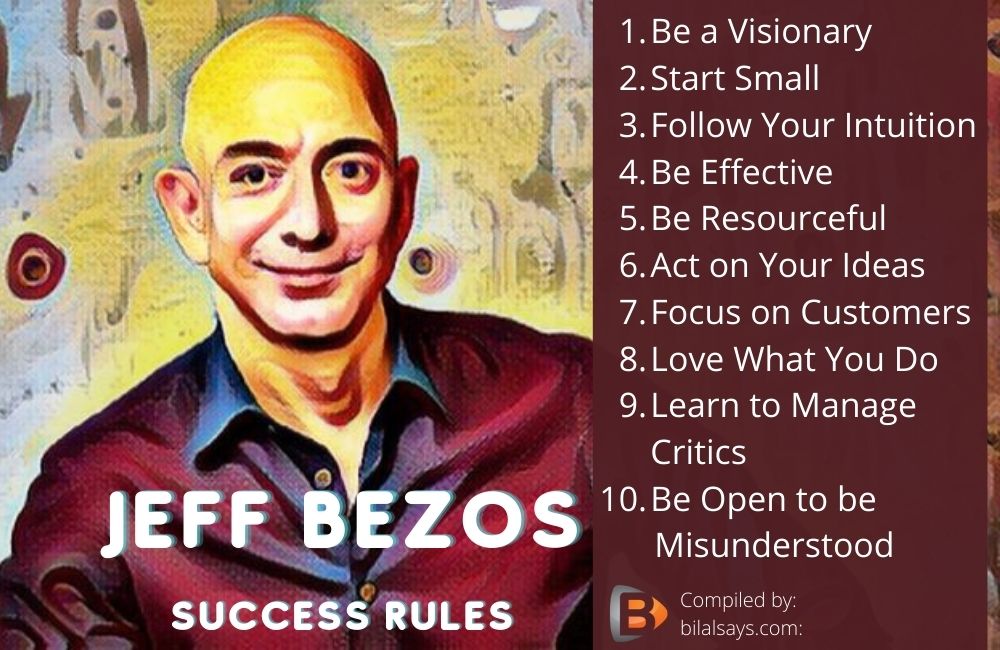